Disseminating information about Noh studies via the Web, present and future: From digital resource archives to new approaches to content creation

Disseminating information about Noh studies via the Web, present and future:From digital resource archives to new approaches to content creation

On Sunday, October 22nd, a workshop was held at Hosei University to exchange ideas about the use of the Web to disseminate information about the world of Noh studies. We examined ongoing projects of this kind and discussed possible developments.MIYAMOTO Keizō opened the workshop by explaining its aims, discussing current issues in using the Web to provide information about Noh, and suggesting some future prospects. He illustrated how the Noh Research Institute makes use of the Web through its digital archive of Noh resources, by giving open access to early Showa-period films of noh and to a virtual museum that allows users to examine an illustrated scroll, the Kōka kanjin-nō emaki.

YAMAMOTO Kazuaki (National Institute of Japanese Literature [NIJL]) introduced a ten-year project to create “Database of Pre- Modern Japanese Works” (kotenseki.nijl.ac.jp). This received government funding as an “Academic Frontier Project” in 2014. When completed, the database will include 300,000 manually tagged digital images. Tagging will enable researchers to look for relevant materials outside the area of their specialization.

AKAMA Ryō (Art Research Center, Ritsumeikan University) examined the relations between digital humanities and the performing arts. He explained how the Art Research Center (ARC) made public its online image databases through collaborative efforts with other institutions, including museums and private collectors overseas. Future projects include reciprocal links with other online databases and the development of tools for cyber-conferences.

Monica BETHE (Medieval Japanese Studies Institute) discussed the use of digital images to convey aspects of noh performance, texts, and culture. The Global Performing Arts Consortium (GloPAC) and its database (GloPAD) were founded in 1997 by the late Karen Brazell. Bethe explained the operations of database of traditional Japanese performing arts (JPARC). With the help of ARC, JPARC will offer access to images of higher resolution. The final presentation by ITŌ Katsunobu (Hosei University) showed how hitherto untried approaches to digital processing of noh singing can enable content creation. This study was based on work done for a collaborative research project that was accepted in 2016, “Establishing a Research Base for Computer-based Musical Analysis of Uta.”

YAMANAKA Reiko chaired the workshop and ended with the following summary: (1) There was general support for the idea of “open data.” (2) Issues of updating and copyright must be solved. (3) To create platforms that could be shared for use with different genres, there needed to be mutual collaboration between different organizations, such as NIJL for classical texts or JPARC for drama. (4) The aim should not be simply to collect data, but rather to build systems which allow the data to be used productively in research or education. (5) Participants agreed on the need for providing information in other languages. Concerning the last point, Yamanaka reported on the progress made by the Noh Theatre Research Institute to make its English-language “Handbook of Noh Theatre” freely available on the web. 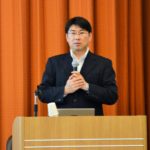 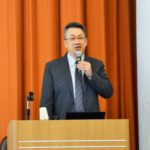 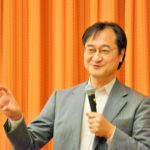 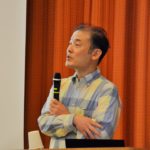 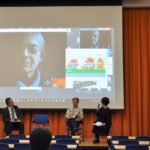